There are a lot of things that are so typical Cambridge: the collegiate system, the massive amount of bikes in the city centre or, when it comes to sports, definitely rowing. The rowing highlight in Cambridge are the May Bumps that take place every year in June (and not in May!).

The Bumps are a unique form of racing that allows a large number of college boats to compete against each other on a narrow and bendy river like the Cam. Every 45 minutes a set of boats line up on the river with a gap of about 90 feet or one and a half boat lengths between each crew. This gap is assured by a chain attached to the bank which the cox must hold. When the starting cannon is fired the cox drops this chain and the crews set off hell for leather trying to catch up with the boat in front of them without being caught from the crew behind. As soon as a boat has bumped the one in front, the two boats involved in the bump clear the river and let the following crews pass. If the crew behind them can catch up three places and bump the boat that was originally in front of the bumping pair they achieve an “overbump”. If no bump happens and the crew crosses the finish line it is called a “row over”.

The same procedure is repeated every day from Wednesday until Saturday. The only difference are the starting positions as boats that were involved in a bump swap places within their division. Due to the high number of competing crews the race is divided into divisions. For May Bumps there are currently nine divisions with 17 boats. The starting order in each division is based on the previous years‘ finishing position. 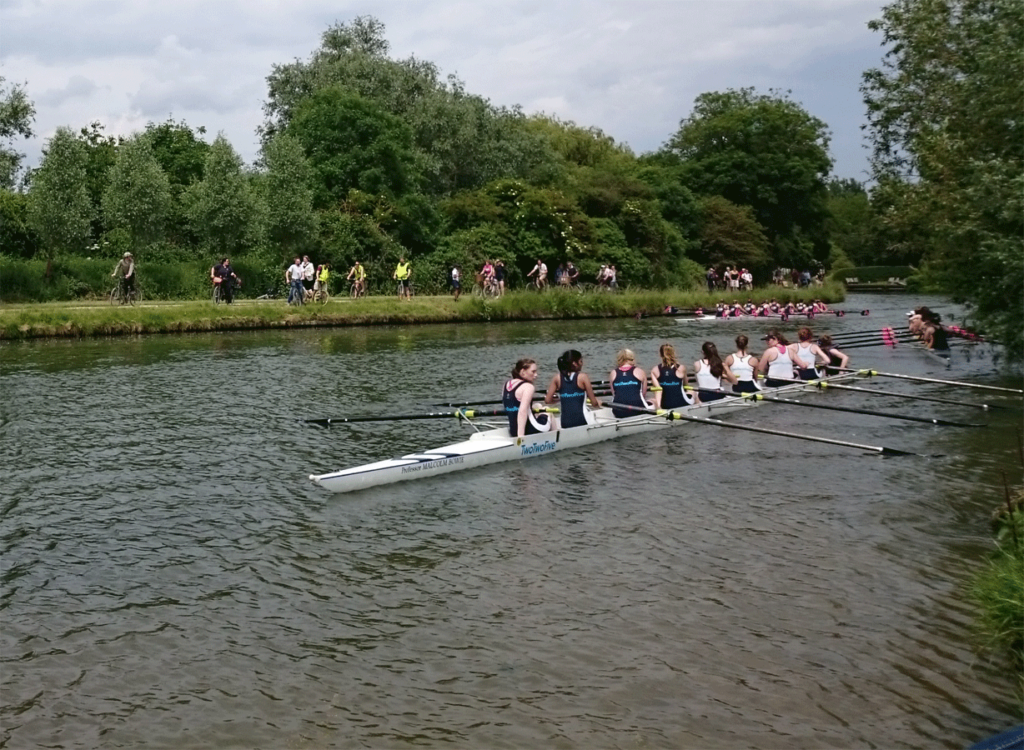 Clearing the river after a bump

And who is the winner of it all?

The top crews aim of course for the “headship” which is the first boat in the first division. But this goal is only realistic for the top 5 boats. The other crews aim for bumping every day of the race. If they achieve to bump up four or more places they are awarded “blades”, so they are eligible to receive an oar, painted in their college colours, with their names and the college crews they bumped, on it. The crews that got bumped every day get “spoons”, literally wooden spoons, to tease them with their failure.

You can recognise the boats that managed to bump by the greenery the rowers put onto their heads. On the last day of Bumps you can also see coxes carrying a big college flag while rowing down the river to the boat house after the race. This is the sign to show that they won blades. 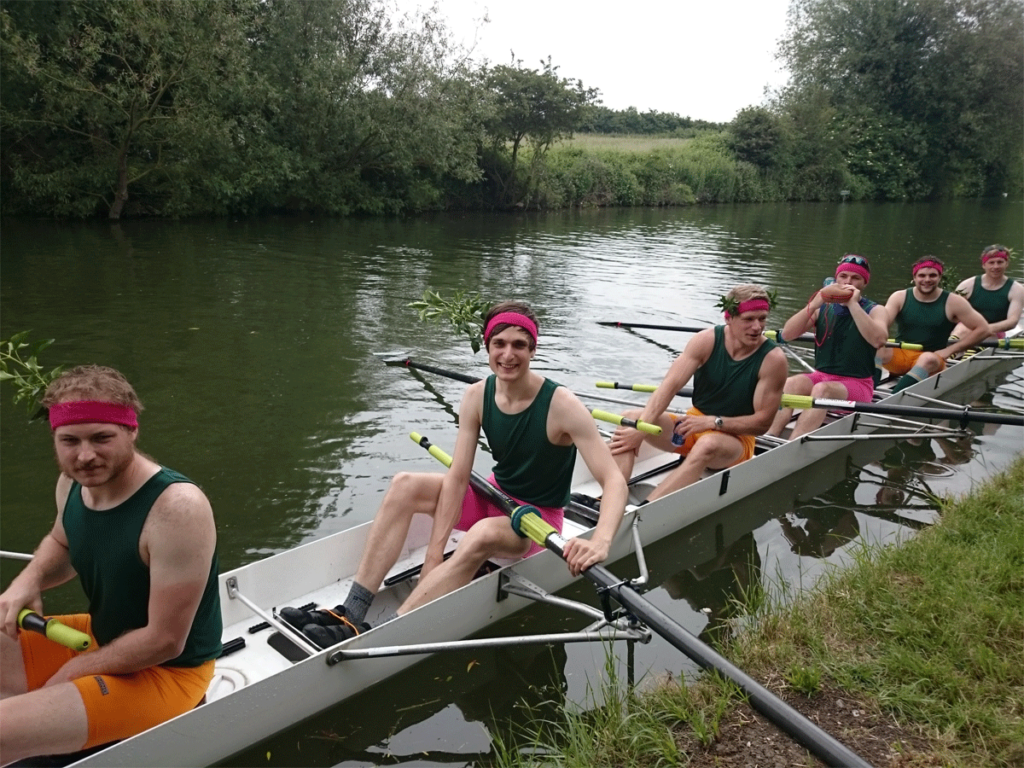 To be honest, I usually do not fancy watching sports but the May Bumps are an exciting event for spectators too. You can enjoy a sunny day by the river and watch the crews chasing each other  down the river every 45 minutes. As no. 5 in the 1st Loungers boat of Gonville & Caius, Nis also took part in the May Bumps 2016 and won blades!