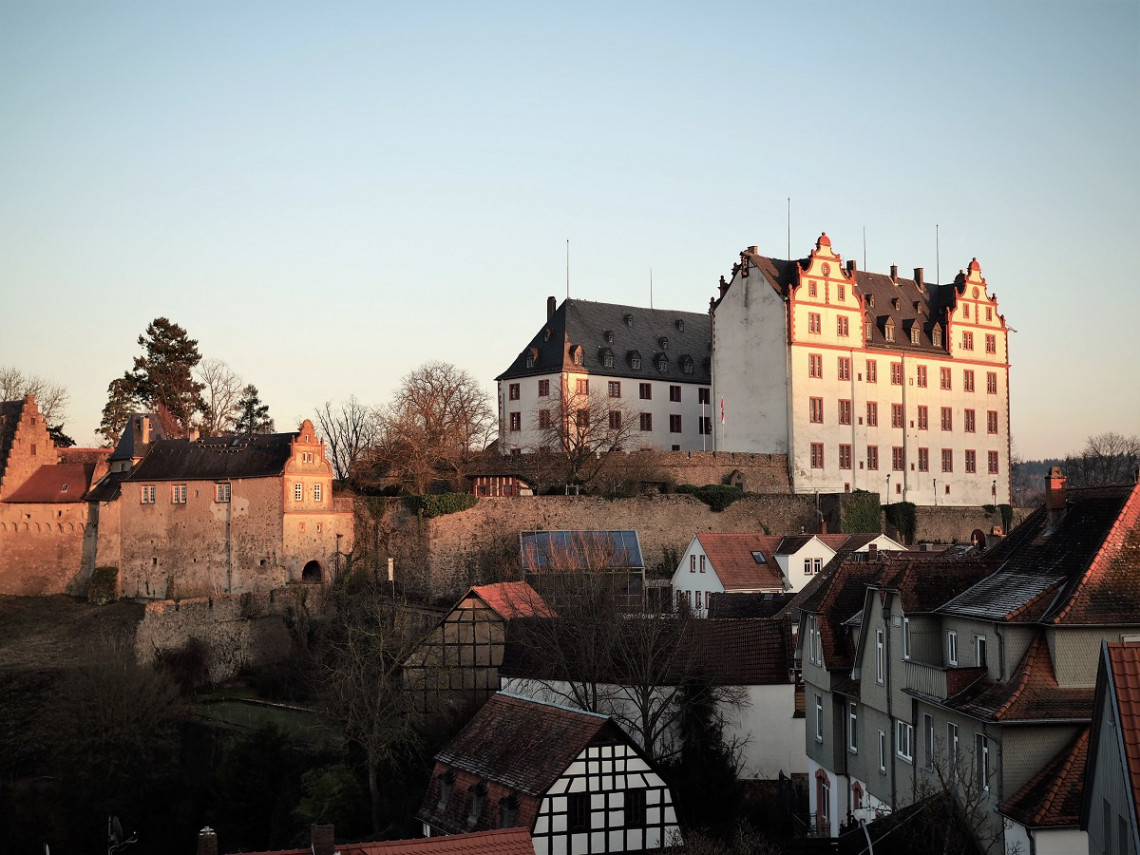 Ever since my husband and I celebrated our wedding day in a castle in the Odenwald, this region has become a special place for me. We currently live just on the northern edge of this forest area, so we often explore destinations nearby with our toddler. And there are so many of them! Here’s a selection of places we’ve already visited and enjoyed exploring in the Odenwald, and I hope you will, too.

What and where is the Odenwald?

The Odenwald is a low mountain region that stretches from the river Main in the state Hesse all the way to the river Neckar in Baden and to Lower Franconia in Bavaria in the north-east. With a network of over 10,000 km hiking trails and many bendy roads, the area is a popular destination for hikers and (motor-) cyclists. Its highest mountain is the Katzenbuckel in the Neckar-Odenwald-Kreis with 626 metres.

The area is also famous for its many legends and myths, which I find particularly interesting as someone who once studied Cultural Anthropology. Misty forest paths, castle ruins and dark gorges certainly make the Odenwald the perfect setting for fairytales and legends. I get why people used to tell each other mystical stories here!

The castle in Breuberg is more than 850 years old, yet very well preserved, which makes it an ideal destination to learn more about German castle architecture from the 12th up to the 17th century. Once you have climbed the hill and made it past the big wall and moat, you will walk through various castle gates until you end up in the very centre of the castle. And there you will find – knights on horses who chase you off the castle grounds? Nope, a bunch of teenagers is more likely! Today you will find a youth hostel inside the Burg Breuberg where children can pretend being a knight for a day.

Another castle worth visiting, especially for the impressive views, is Burg Lindenfels. If you’re fascinated by the world of dragons, you can climb the tower (“Bürgerturm”) right opposite the castle ruin and visit the dragon museum nearby. It transports you into the world of dragon myths and explains how these legends started over 1000 years ago and have spread worldwide since then.

A place close to my heart as we had our wedding reception here: Lichtenberg Castle. The renaissance castle was built between 1570 and 1581 on the ruins of a 12th century fortress. It served as a country residence for Landgraf Georg I. and his family until the Thirty Years’ War, when the castle was left to decay. Today it is owned by the state Hesse and includes a museum about farming history. Various rooms in the castle can be hired for private occasions.

The perfect destination for a weekend stroll is the Fürstenlager in Bensheim-Auerbach. It’s a summer residence that was initially built in the 18th century for royals to enjoy the summer away from the busy city. Situated in a small valley surrounded by forest, local and exotic plants, it’s an idyllic place to have a wander. It has all the features of a typical English garden: a classical temple, a picturesque bridge across the lake, a tea-house and pretty buildings dotted around an alley surrounded by big maple trees.

Close to the Fürstenlager you will find the ruin of Auerbach Castle, which dates from the 13th century. It was left to decay after its destruction in 1674 but soon became a tourist attraction for the visitors of the Fürstenlager. From the 19th century onwards, the ruin was secured and made accessible for tourists. Today you can still climb the two distinct towers and enjoy fantastic views across the Odenwald and the Rhine Valley.

Literally translated into “rock ocean”, this part of the Odenwald is a spectacular natural monument and a climbing paradise for children. There are two ways to explain how the Felsenmeer in Lautertal was formed – a scientific and a legendary one. Folklore says two giants fought each other with stones until one was left buried underneath big rocks. Rumour has it you can still hear him rumble sometimes from underneath the granite rocks. The scientific explanation is based on geology processes. Over the course of millions of years, warmer periods alternated with glacial periods which caused the rock to crack and move further down the valley. Today the Felsenmeer is a giant playground made of big, round stones and a popular destination for a day out with the whole family.

With 605 metres the Neunkirchner Höhe is the second highest elevation in the Odenwald. It becomes a particularly popular place to visit in winter when it starts to snow. You can listen to the snow crunch underneath your feet or race down the hill with a sledge and enjoy a mug of mulled wine in the nearby viewing tower and restaurant “Kaiserturm” afterwards. The perfect winter weekend outing. 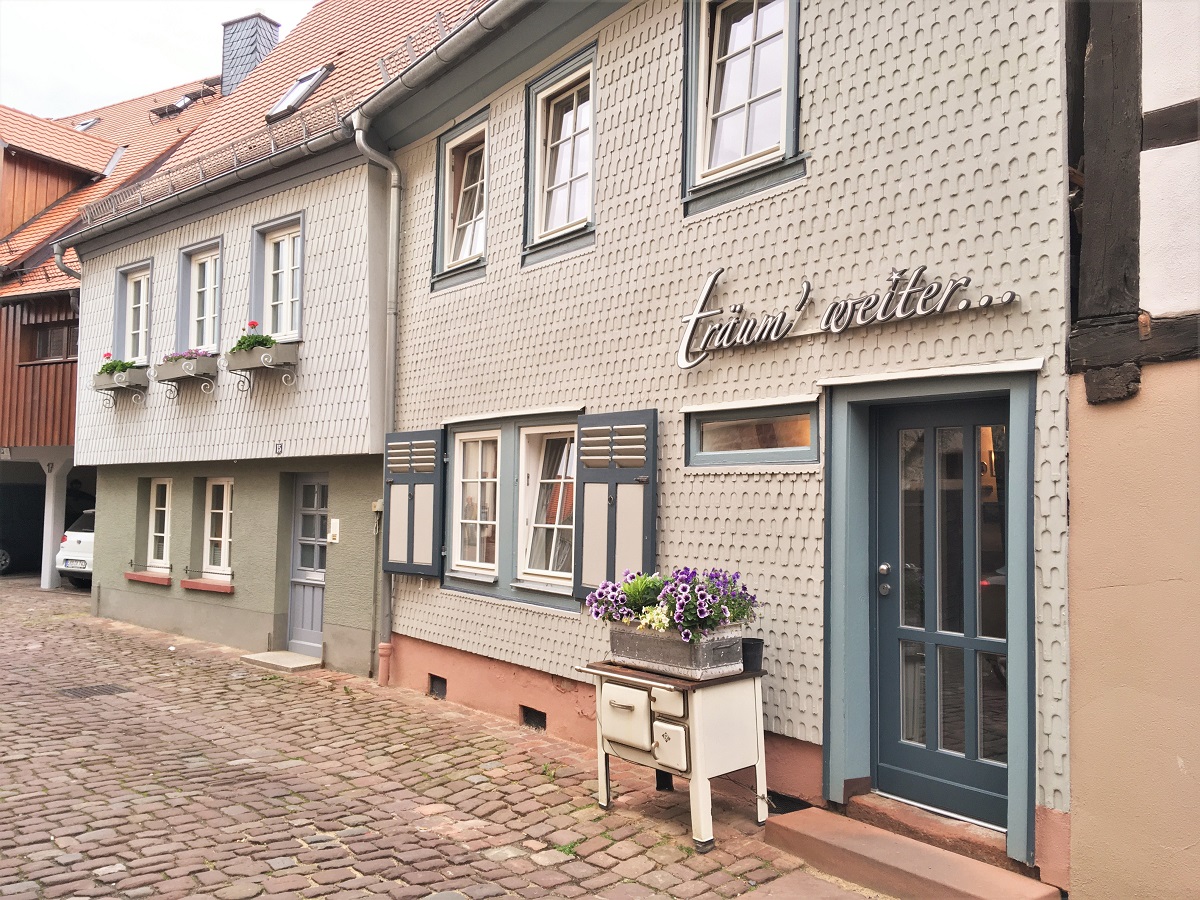 If you’re like me and you enjoy snapping pictures of timber framed houses and exploring hidden alleyways then you should definitely visit Michelstadt. The most famous building is probably the historic town hall in the city centre. But you will find unique little shops and cute cafés around every corner. One of them is the “Träumerei” (“reverie”), a small hotel and café off the beaten path, where you can indulge in your daydreams whilst sipping on a smoothie. I really hope I can visit the Christmas market here someday; it must be very atmospheric.

Timber framed town halls seem to be a thing in the Odenwald as you can find another famous one in the city of Heppenheim in the Bergstraße (“mountain street”) region. If you like wine then you’re in the right place as the Bergstraße is well-known for its many vineyards and wine festivals. In Heppenheim you will even find a walking trail that is solely dedicated to the topic of wine, including grape variety, geology, flora and fauna of the region (“Erlebnispfad Wein & Stein”).

Exploring the historic town when the sun starts to set is the best time to have a closer look at about 50 lanterns with silhouettes created by artist Albert Völkl. They tell various local legends about giants, dwarves and captured knights. You can listen to some of them on the Heppenheim website or join a guided tour on a Saturday evening from May to September (subject to Covid restrictions).

Are there any other places worth visiting in the Odenwald? Let me know in the comments!

If you found this article useful you can support my work here: 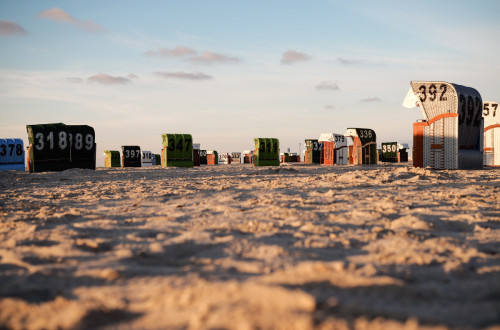